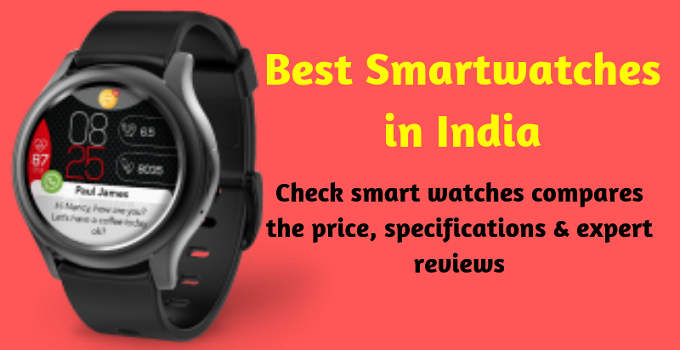 Watches in Seasons change, clothes change, what doesn’t change is the metric of time. Selecting the kind of watch that goes with the outfit and the personality is a very important job to do; it adds class to a person’s looks. It is just as important as choosing the right shirt to wear. But now, not only classy, there are watches that make a person look both classy and cool. Yes, these are the smartwatches that have picked up the trend in the Indian market. Here are a few of the best smartwatches in India that can make you look more appealing. 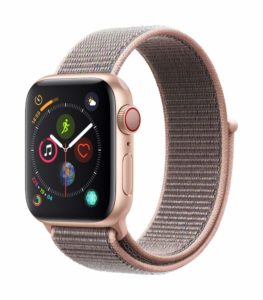 Apple has been a trusted brand for years. Their range of smartphones has never failed to impress us. The latest in their series is the Apple Watch 4. These watches make your life easy and are especially great in monitoring your health.

Samsung has worked hard on their smartwatches. It is not very far from Apple in terms of the best smartwatches in India. Its very first model launched was Gear S3 and it had its own series and then another series which was Gear Sport in 2017. The Galaxy watch has improved very much since then. Let’s look at some of its features:

It is priced around Rs 24,900 in Indian markets. This is a pretty device and yes there are some cons to it, but then the pros probably outweigh the cons, so it’s a product worth getting hands on. The link to the product is below.

TicWatch has been an under-rated company in regards to product quality. The best thing about their new high-end watch- TicWatch Pro is that it can work both with iPhone and Android. The most unique feature about this smartwatch is that it has a dual screen technology present in it. Let’s look at some of its features.

Overall it is a smartwatch that’s worth your money because it has some unique stylish features that other smartwatches in the same segment doesn’t have. It has an attractive body which is suitable on top of casual and also formal clothing. The link to the product is down below: 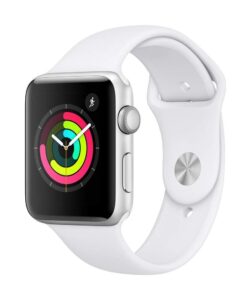 Apple is the only brand whose products can come in the listing of best smartwatches in India and no one would be surprised. Apple watch series 3 may be a step behind its series 4, but it is good nonetheless. Let’s take a look at some of its features to determine how good the product is.

What are the key features of Apple Watch Series 3?

Now let us peek into some of the pros and cons of Apple watch series 3:

What are the pros?

Are there any cons of this smartwatch?

Regardless of the few cons, Apple watch series 3 is still great and it was, in fact, the best-rated smartwatch in the market before the launch of its successor Apple watch series 4. Currently, in Indian markets, the price of this smart-watch is around Rs 24,900. The link to the product is down below:

Any person who is an enthusiast of fitness or of smart-watches has heard about the company Fitbit. It produces top class smartwatches in India but at a lesser price than any of the smart-watches mentioned above. Fitbit has always focused on providing good exciting products from their end with riveting features. Fitbit has been in the Indian markets for long now, and the Fitbit Versa can easily be identified as one of the best smart-watches in India. Let’s look at some of its features.

In Indian markets, it is priced at Rs 12,999 which is a good price to pay for a watch that is this good. Fitbit focuses a lot on the fitness aspects of the watch. So if a person is a fitness enthusiast, chances are, he/she is just going to love this watch. The link to the product is down below:

Another product from Fitbit makes its place in the list of best smartwatches in India. Fitbit puts a lot of money on the research and development sector of these watches and makes sure that whatever technology is reaching to the customers is fully optimized and cost-effective. Fitbit Ionic is one such product that comes with a lot of promising features.

Overall it is a fine product. It is a bit expensive than Fitbit Versa. It is marked at Rs 19,999 in Indian markets. It is a seriously good product people who are into fitness and provides quality. The link to the product is below. 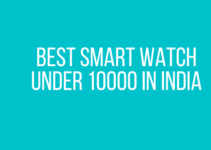 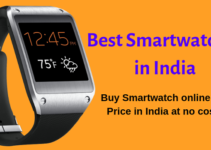